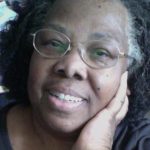 Barbara Gipson, is a published author of children’s books (http://www.barbaragipson.com). She was born in Los Angeles, California on May 25, 1948. She graduated from the University of Southern California with a Bachelor of Science Degree in Public Administration. After thirty years of service, she retired from the City of Los Angeles, Police Department where she was employed as a Manage-ment Analyst II (Budget Coordinator) on April 2, 1999.

She first started writing in 1978. She kept having these mysterious dreams, and, upon waking, felt they’d make a great story. Not to tell, as she had been doing before, but to put into a mystery novel. She started keeping a notebook of story ideas and notes, which she still has and which has grown very large. When she finally sat down to put these notes on paper, none of them made any sense. However, she did get enough notes on a common theme and set out to write her first mystery novel. It wasn’t long before she discovered that she didn’t know the first thing about writing a mystery novel. So naturally, she stopped and learned how to write one. Somewhere along the way, she discovered an online class for writing children’s books and her interest in writing turned in that direction. Someday, though, she promises to write that mystery novel. Wait! She already has.

In 1996, when she enrolled in a writing course for the Children’s Institute of Literature. The result of that education and her first mystery novel was Disappearing Footprints. The first published book in the Shirley Brown Mystery Collection for Middle Grade Readers.
Barbara currently lives in Long Beach, California with her son Robert and sister Frances.