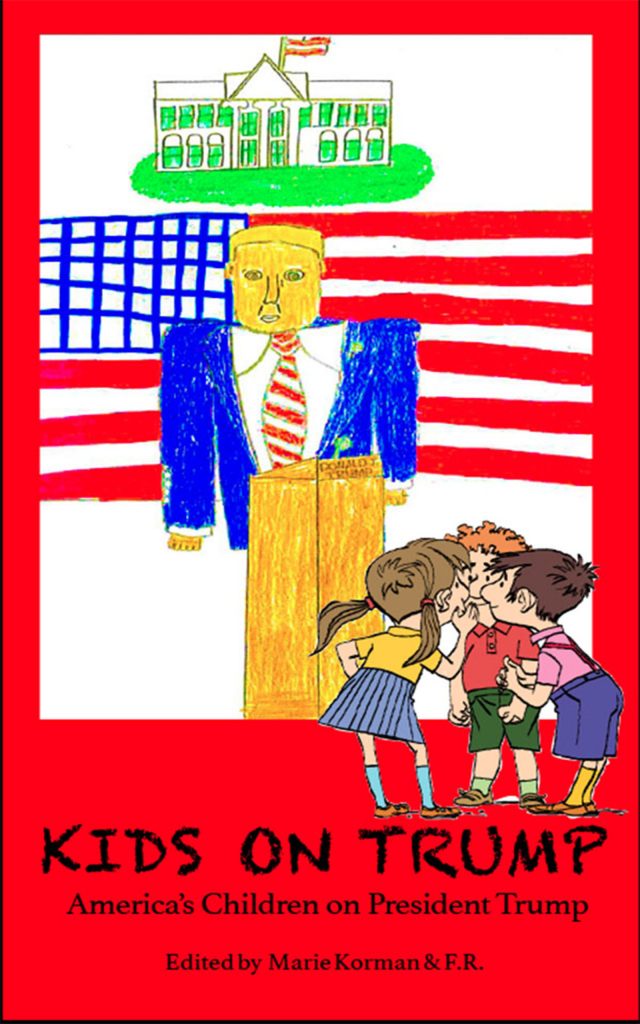 Kids on Trump: America’s Children on President Trump explores the question “Who is President Donald Trump?” through a collection of children’s views on Trump along with exercises parents and kids can do together to get involved and create change in their communities. It is a unique publication that is not only an insightful look at how kids really feel about President Trump, but also a humorous read for adults (kids or no kids). The mission of “Kids on Trump” is to empower kids everywhere by aiding them in learning how to have their voices heard. Kids can do anything! You are NEVER too young to make a difference!  Whether it is writing a book (Gordon Korman’s 8th grade English Project), winning the Nobel Peace Prize (Malala Yousafzai) or influencing the President of the United States, Kids of all ages CAN make a difference!

So regardless of how you feel about Donald Trump, Hillary Clinton or anyone else who ran in the 2016 presidential race, fasten your seat belt and enjoy the roller coaster ride, as you discover if kids think Donald Trump is “Tremendous” or a “Total Disaster”!

In Kids on Trump, ten kids ranging in age from seven to sixteen were asked a series of questions regarding their impression of the newly elected President of the United States, Donald Trump. What was discovered was that kids do say the darndest things, and their comments were funny, wise, and on point!

Kids on Trump is recommended for readers between the ages of 5 – 16. But I think it will be an interesting read for all ages.

BUY IT HERE:  at Amazon  or at Kids on Trump Website

Marie Korman has an undergraduate degree in Humanities/Film and a Doctorate of Jurisprudence (J.D.). In her early years she worked as a journalist writing entertainment articles for local newspapers. She is a mother of two and devoted sister to four younger brothers.

Freida Raj holds a degree in Computer Science. She is a wife and mother and very active in her community.