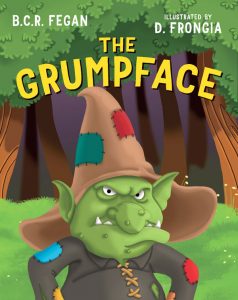 The Grumpface is a poetic fairy-tale that tells the story of Dan, an inventor who ventures into a forest looking for a rose. Instead he is finds the mysterious Grumpface who threatens to hold him captive unless he passes some difficult challenges. What follows is a humorous adventure that neither Dan nor the Grumpface could have anticipated.

It is a tale in the spirit of any grand adventure. It is about a clumsy young inventor’s quest for love, and the challenges he must face to find it. But it is also a tale of bravery, absurdity and happiness, and the power of these qualities over negativity and sheer grumpiness.Every parent will be acquainted with their own little ‘grumpface’ now and then. This story stands as a small piece of hope – that no matter how ingrained the grump, there will always remain in every one of us a smile or a laugh just waiting to come out.

The Grumpface is a remarkably ilustrated romantic fantasy picture book for kids. It takes you on a—. Ewww, what do you mean ewww? What? You don’t like kissy stuff? Yes you do, remember, The Little Mermaid, Sleeping Beauty, Beauty and the Beast, The Princess and the Frog, not to mention Lilo and Stitch…. Okay, that last one was a little stretch, but as I was saying, The Grumpface takes you on a wild adventure. You see Dan falls in love with—. Hmmm… Well, he goes to the forest and that’s where he meets The Grumpface, he’s a grumpy old creature (actually, he reminds me of a troll) who lives in these woods. Let me tell you about the things he does. Oh, I can’t. As always, I won’t spoil your enjoyment of reading this hilarious (funny) book.

The UNIQUE thing about The Grumpface is that the evil wicked witch isn’t a witch.

The Grumpface is recommended for Children ages 1 – 9. It is a great First Time Reader as well as a Bedtime Story. But, let’s not forget those Middle Grade Readers age 9 who love to have fun. 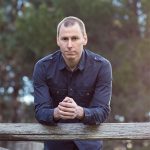