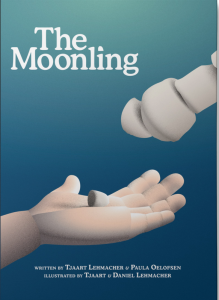 A Moonling longing for the earth, and a ten-year-old Earthling, named Karl, wanting nothing more than to explore the moon and the stars… By a happy chance these two kindred beings find each other, as well as a sense of awe for life around them. But the more The Moonling sees of this green and blue planet the more homesick he gets. To him it is clear that the earth is far more beautiful from far away… As their friendship grows, so do the questions. And as Karl figures out a plan to get The Moonling back to the moon, one has to wonder: Is it possible for a little creature of stone, to awaken in hearts of flesh, a love for this place we call home.

The Moonling is a story about a creature who lives on Earth’s Moon. In this science-fiction, fantasy adventure, a moon creature made of stone hitches a ride to Earth with the first astronauts who have collected moon rocks. Get it, the stone creature hitches a ride with a bunch of rocks. No? Oh well it seemed funny at the time. You see, Mond as he later becomes known is the only living creature on the Moon. For years he has looked upon and wanted to visit the blue and green planet below him. What? Oh, you’re excited about life on the Moon. Yes, there is life on the Moon, and he wanted to come and see all of the Earth’s beauty and grandeur up close. It makes you proud, doesn’t it? Now the most astonishing thing about The Mooling is…. Oh, here I go again. About to spoil everything. I won’t do that—it’s just too good to miss.

The UNIQUE thing about The Mooling is the plot and the main character’s point of view and the design of their illustrations. Hey, with Mond, there’s even a little ETHNIC flare. Ha ha. 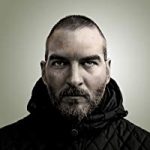 BIO – To be quite honest, ‘The Moonling’ was a family effort in every sense of the word – to begin with; the story was our late grandmother’s idea, in addition to stumbling upon the story ‘The man from the moon’, the daughter furthermore shared it with her own child and grandchild who saw this simple but compelling story as an opportunity to save this place we call home. ‘The Moonling’ is the grandson and great-grandson’s rendering of a never forgotten Oma Mutti’s idea – A children’s picture storybook almost four generations in the making. themoonlingbook.com