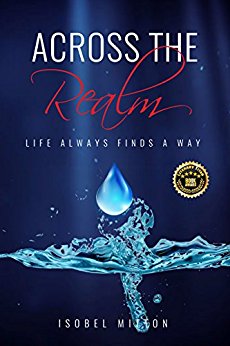 Across the Realm: Life Always Finds a Way is a story of the clash of two advanced civilizations. In the North, Humans live under a defined system of segregation and rely strongly on science, while in the South, the physically evolved humans live communally and are under the guidance of a deity they call “Mother.”

Separating these two and their land masses is a boiling sea and an impenetrable Southern Force Field. The two sides have been at war for longer than a century and now their planet is facing a catastrophe neither one can handle without the other.

There are several literary genres in Across the Realm: Life Always Finds a Way. Let’s start with Science Fiction, the book’s main genre. The year is 2077 and once again, the North and the South are at war. However, this time the whole world is involved. For decades? Centuries? Millenia? Well, at least yesterday, these two enemies have been trying to invade each other’s hemisphere. One to conquer and stop the war, the other to take over and control them. Even to the point of making them…I can’t say it. This, you will have to find out for yourself. Now, pan over to Greg, the commander of the Northern Hemisphere, as he sits in a room watching a video. In it, Naledi jumps three floors into the air and makes a perfect landing on a corridor up above. Fascinated, Greg watches the video over and over again. Not because of what she has done, but because he finds her beautiful. Thus begins the Romance. Wait, how and where did he get these pictures and who or what is a Nedge? More importantly, what is the catastrophe they are about to face? Ahhh! That is the Mystery of Across the Realm: Life Always Finds a Way. Let us not forget those boiling waters . . . what is it about them or should I say, what is in them? A little Fantasy perhaps! Now for the Adventure—hmmm, I’ll leave that for you to discover.

What makes Across the Realm, Life Always Finds a Way a UNIQUE read is that all of the Genres mentioned above are seamlessly tied together to make an astounding, amazing, mind-boggling, surprising, wondrous story. What makes it ETHNIC is the people of Earth.

Across the Realm: Life Always Finds a Way is recommended for Young Adults 16 plus and Adults 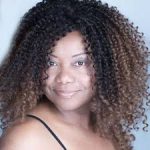 BIO – Isobel Mitton is a Canadian writer born to an African American mother and an African father. She spent most of her life living in other people’s countries. An avid storyteller, she insists that is how she wants to be remembered when she dies. She is a proud nerd and wants people to know that beauty goes with brains!  Isobel didn’t choose to be a writer. Writing chose her. In her novels, she seeks to entertain, excite, grip your attention for hours on end and give you food for thought. She wants desperately to take you out of the mundane and into the stars of scifi/fantasy where anything and everything is possible. She is an avid writer of scifi/fantasy novels, comics and screenplays.

She hopes one day to the able to write music and to that end, she is teaching herself how to play an acoustic guitar.

She really hates talking about herself and her past achievements and so she will stop boring the world right now. Besides, there is nothing in her past that beats the present or the future.

Her one wish is that many people read her work. They don’t have to buy it. They just have to read it, because she is a story teller. It is her one true purpose in life.

To find out more about her work and to connect with her personally, check out http://www.acrosstherealm.com

See you there if you want to part of her crazy self.