IN THE LAND OF BROKEN TIME: THE INCREDIBLE JOURNEY
MAX EVAN AND MARIA EVAN
Illustrated by MARIA EVAN

This book is about the adventures of the boy named Christopher, the girl named Sophia and golden retriever Duke. By chance they find themselves in a balloon, that took them into a fairyland, where mysterious events happen.

Now according to the authors, In The Land of Broken Time: The Incredible Journey is about the journey of a boy, a girl, and a dog in a fairyland.

They tried to make a story about the different ways of measuring time and about friendship. In fact, In The Land of Broken Time: The Incredible Journey, there are many facts about how to construct different clocks (not only mechanical, but also sundials, water clocks, hourglasses, and aromatic clocks). They also tell readers how the human eye responds to light and about the animals that never get old. Were they successful, yes.

But most kids aren’t going to pick up on that. They’re going to love the adventure of the balloon ride, the unusual characterization of Temporus Certus, who is a professor concerned about time which is broken, the gentleness of Merula, the giant gnome who once lived underground, and the gut wrenching humor involving Duke when he finds out that— Ahhh, I can’t tell you what he finds out. I don’t want to spoil it for you.

The UNIQUE thing about In The Land of Broken Time: The Incredible Journey is the story itself. Its complexity was made so simple that it was just a joy to read.

In The Land of BrokenTime: The Incredible Journey is recommended for both FIRST (0-8) and MIDDLE GRADE (9-12) readers.

Once, when I was 11, I walked past the library. It was a special library for adults who worked at the metallurgical plant. My father worked at this plant as well. Through the narrow window I saw shelves full of books. Usually there were no people inside. Workers rarely read. I was a smart kid, but did not read the books too.

Nevertheless the books in the Soviet Union were a rarity. You could not freely come to the store and buy them there. It is hard to believe today, but it’s true. Books have been a deficit. You could easily buy the works of Marx and Lenin, but could not reach, for example, Jack London or J. D. Salinger.

I went inside. I do not remember exactly

what we talked about with the librarian. It was a middle-aged woman. As a result, she enrolled me in the library under the name of my father, went down somewhere in the basement, and brought a thick volume. It was a novel by Jules Verne ”The Mysterious Island”. I read this book avidly. A whole new world opened before me. And so ever since I came to this library and I was given more and more new books.

I grew up, graduated with honors from the University. I am currently working as an editor at the largest Russian TV channel and writing books.

If this had not happened then, perhaps I would have to be working at the plant, which today due to the economic crisis no longer exists. So the only one book changed my life. So when someone says that reading can dramatically change a person, I believe in it, because I know it from my experience. 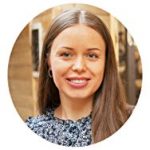 BIO MARIA EVAN  – The idea to write a fairy tale came at the time when our son was 5 years old. He was sick, and I really wanted to please him with something. Our son has learned to read at a very early age. In two years he already knew how to do it. All the children’s books that we had at home, he had already read several times. That’s why I had a desire to come up with something new. It was a story about how our son travels with our boxer dog. They flew in a hot air balloon. It was very exciting for me too. I saw how my son’s eyes light up and thus he gave faith that my compositions are interesting. Thanks to the writer’s talent of my spouse, Maxim Evan, the idea was realized. I am an artist. And I really like to make illustrations for our books. I really hope that our first children’s book translated into English will please young readers.