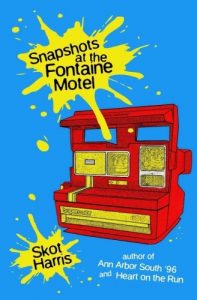 SNAPSHOTS AT THE FONTAINE MOTEL

With a wink and a nod to such movie greats as Thelma & Louise and The Breakfast Club, Snapshots at the Fontaine Motel is about six eighteen-year-old friends in 1996 who seek immediate revenge after one of them is brutally attacked. But when their vigilante justice accidentally leaves the attacker dead, they flee Michigan to save their own lives as the FBI inches dangerously close. While hiding out in an isolated Oklahoma motel, they discover not only themselves, but find love and uncover shocking deadly secrets that will change everything and threaten the very lives they’re frantic to protect!

Snapshots at the Fontaine Motel intertwines romance and mystery seamlessly. Although the clues are very subtle, they lead to some very powerful and wicked twists. The story is about six teenagers who have been friends since grade school. When they discover that one of them has been raped by the school bully, five of them decide to take matters into their own hands, and the results are… Ahhh, I almost said too much. To continue, things aren’t always as they seem, and here’s where the twisting and turning begins with an astounding intensity. When it’s all over, the outcome gives you one of those,“Humph I didn’t see that comin moments!”

There are two UNIQUE things about Snapshots at the Fontaine Motel. One is the way television shows, movies, and music from the 1990’s was included. Sometimes as a reference and at other times as part of the story. The other thing was the way you were drawn into the different romance stories of both Jill and Matt.

This book is recommended for Young Adults 15+. 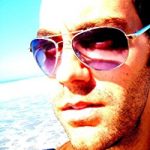 BIO    Skot Harris has a degree in creative writing from the University of Michigan. Snapshots at the Fontaine Motel is his third novel. He grew up near Detroit and now lives in England with his husband.