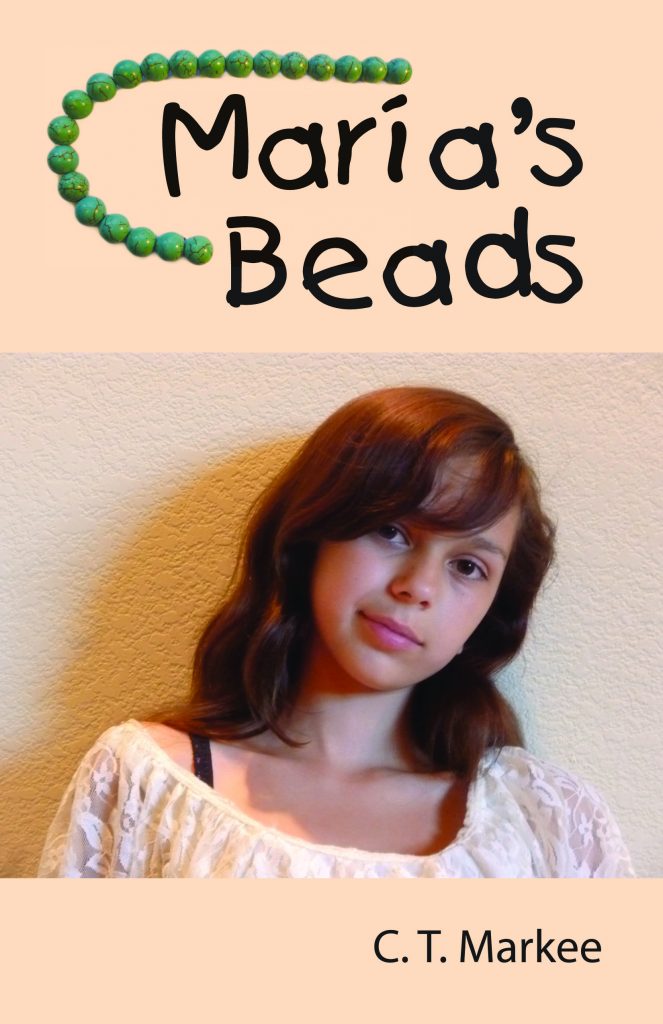 Verónica pushes through the other seventh grade kids in our breezeway, speaking over the noise, “María! What’s wrong with Hannah?”

What does she want? Like she suddenly cares about Hannah, cares that the nurse sent her home, cares that her eyes were glassy, her face swollen and her whole body sagging. I begged Hannah to stay home, but she wouldn’t listen.

Thus begins a multicultural novel set in Salinas, California, in which 12-year-old María Cortez discovers her inner strength and uses it to save her best friend, Hannah, a Caucasian girl who lives next door. As the story unfolds, a presumed enemy becomes a friend, a mysterious old women, a curandera, becomes her mentor, she learns why the space on her birth certificate for father is blank, she discovers her Huichol roots and in the end she choses a life career.

When I started reading María’s Beads, I thought I knew a lot about Hispanic culture, I was pleasantly surprised to know that I didn’t. I loved the storytelling aspect of María’s Beads, and the way in which certain things were presented in the story. What certain things you ask? You know I can’t tell you, that would spoil the story for you.

I can tell you that she used the same method of an important historical figure to solve the problem of Hannah’s illness. What, you want more information about this historical figure and what she did? Really! So you can be mad at me later for giving away the story. Lets go on.

The UNIQUE thing about María’s Beads is the power Maria receives from the beads and from her lessons with La Curandera. María’s Beads is also an ETHNIC read because Maria learns that her Hispanic roots are a mix of Huichol and Brazilian. 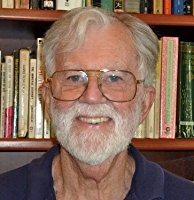 BIO:     One evening my wife told me the story of her 13-year-old best friend who lived next door to where she grew up in Salinas, California. One day, she contracted kidney disease, her parents refused medical intervention and the girl died. I was struck by the emotional impact of such an event on a pre-teen. It propelled my wife out of a near-poverty existence and into a life-time career as a medical professional, impacting hundreds of patients. This book is my attempt to capture that motivation for pre-teen girls without the death.

Charles is coordinator and meeting moderator for the Sonoma County Society of Children’s Book Writers and Illustrators (SCBWI).  He has published three middle-grade novels as well as work in three literary anthologies, Tiny-Lights literary website and the Santa Rosa Press democrat newspaper. He was co-editor of the Redwood Writers 2012 anthology, Call of the Wild, and is an active member of the Redwood Writers a branch of the California Writer’s Club (CWC).